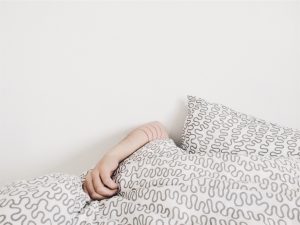 An increasing number of Americans are getting less sleep, many reporting 6 or fewer hours per day. According to a 2005 National Institutes of Health consensus statement and data from the National Health Interview Survey, nearly 30% of adults in the U.S. complain of disrupted sleep or short sleep duration (≤6 hours per night). Insufficient or poor sleep quality is associated with a number of chronic diseases and conditions, including diabetes, cardiovascular diseases, obesity, depression and disability. Sleep health is an essential component of chronic disease prevention and employers looking to reduce costs and improve their employee’s wellbeing should look to integrate it into their wellness and safety program.

There is growing evidence of the negative impact poor sleep has on employee performance, productivity and injury risk. A National Sleep Foundation’s 2008 Sleep in America™ poll revealed that nearly 1 in 3 people fell asleep or became very sleepy at work in the past month. When employees are sleepy or fatigued, they are less productive and their performance is negatively impacted. Rosekind et al (2010) estimated costs of lost productivity due to sleepiness and fatigue at ~$1967 per employee with the greatest loss among workers with insomnia at $3156 per employee (range $2531 to $3980). Fatigue and decreased alertness also increases worker’s risk to injury. In a 2014 meta-analysis, Uehli et al. (2010) found that approximately 13% of work injuries could be attributed to sleep problems and employees with sleep problems had a 1.62 times higher risk of being injured on the job.