Marijuana and the Workplace: Introduction

Note: These interviews were recorded before December 4th, 2019 when the Illinois Recreational Marijuana Law was amended clarifying that employers may conduct pre-employment tests for marijuana use and may impose disciplinary action against employees for failing.

Michael: You’re listening to workplace matters. Today’s episode will focused on educating employers on what they should know about marijuana, the first in a two part series. It’s a topic that is constantly changing within legislation and with the drug itself. What do employers need to know about marijuana?

Michael: Before discussing marijuana tolerance or intolerance, it’s important to be aware of how marijuana actually affects the body outside of the simplified label of being high. What are it’s health and safety effects? We talked with Matthew Poppies and Alison Wright of the Poppies O’Connor law firm in Rock Island Illinois and Jeffrey Meyers of the area substance abuse counsel in Cedar Rapids about marijuana’s effects on the body. 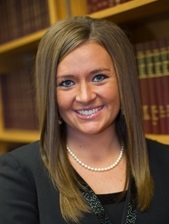 Allison: Marijuana is considered a central nervous system depressant, and there are significant studies that prove different things that it can impact other way from memory to actual motor function use. There’s also a lot of studies that support cognitive impairment when you’re on the job, being able to remember things or be able to apply some sort of a thought process.

Jeffery: If someone uses that sort of work, that doesn’t mean that they’re not psychoactive, that doesn’t mean they’re not impaired. Marijuana stays in the system for a long time. It depends on the person’s body weight, their genetics and how much they’ve had. But they could very well have used the night before, the early morning before, and they could still have some impairment effects into the following day similar to alcohol.

Michael: The main active ingredient in marijuana is THC, and oil secreted by the cannabis plant. When absorbed within the blood stream, THC reacts with receptors in the brain to cause sedation and mild euphoria in low doses, or in high doses hallucinogenic effects and euphoria. And motor impairment has been noted up to 24 hours after use in some cases. Over time, marijuana has changed quite a bit. Marijuana is no longer only smoked. There are new forms of ingestion like e-cigarettes or vaping devices that contain THC, edible forms of THC that can even be in things like tea and also much more concentrated forms of pure THC that can be smoked. Marijuana has evolved and it is still changing.

Jeffery: Marijuana is a very complicated topic because you have a lot of products on the market that are marijuana or marijuana derivative. So it’s a much more potent drug than used to be. About 52 percent of Americans have at least tried marijuana. And because of that, we tend to base our experiences off of what we tried. So we tried it in the 60s, 70s, 80s, 90s, even early 2000s. We’re not trying what’s out there now. The potency, to give an example in the 60s, you’d be lucky to get 1 to 3 percent. What we’ve seen is really this exponential rise in the level. Could be 42 percent THC. States like Iowa that it’s illegal, we’re finding 15 to 20 percent. Though I will say now that we’re bordering some legal states. I wouldn’t be surprised if that bumps up. There are strains out there that act very much like a stimulant. And you could have someone that displays a sort of this manic energy and symptoms that wouldn’t be too dissimilar to someone on, say, methamphetamine in some cases. And then you have other strains that are meant as more of depressants or as they would call a downer.

Michael: CBD is a marijuana bi-product and is the second most prevalent active ingredient in marijuana next to THC. Unlike THC, there is no “high” associated with it and the chemical shows no signs of abuse of dependence potential. It is used to treat anxiety, insomnia, and chronic pain in some cases, with side effects or nausea, fatigue, and irritability. The rapid growth of CBD has also created inconsistency with its regulation meaning that the levels of CBD many not be consistent between providers with even THC being present in some cases. This should decrease as government regulation expands, but it’s important to be aware of. CBD’s status as a marijuana bi-product has also created a discrepancy between states on its legal status.

Jeffery: States like Iowa and many, many other states have legal CBD programs where if you go to a physician and they certify that you have a certain condition, then you are allowed to obtain CBD, which has pretty low levels of THC. So, for instance, here it’s tapped at a capped at 3 percent. If you have post-accident and someone test positive for marijuana and you do like a urine analysis, new hair sample, that doesn’t necessarily mean much because that could have been in their system for 30 days, even in the case of a hair sample, quite a bit past that. So you’re gonna want to look at other alternative methods of testing saliva as a possibility. Blood’s a possibility, but really the technology isn’t where it’s at with alcohol, where you could say, yes, not only is in their system, but it’s in their system to an extent that we would expect it to cause impairment. And that’s going to be the real tricky component

Michael: It’s important to note that it is possible, but unlikely for someone in the CBD program to fail a urinary test. The most reliable test to try and avoid this is a blood test, this may however be cost prohibitive. Under U.S. federal law, Marijuana is illegal and there are many states where it is still fully illegal, but some states have chosen to change that distinction. States like Iowa have CBD programs. Many states have medical cannabis programs. And at the time of recording this, there are 11 states where it is fully legal. Medical marijuana implements cannabis as a form of counteracting things like anxiety, inflammation, nausea and generally helping to relax. Dr Brian Kaskie from University of Iowa is professor of Health management and policy. We asked him about the experiences he had seen involving marijuana. 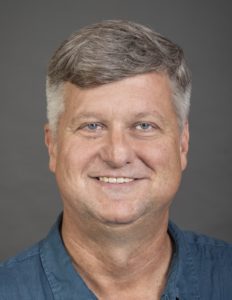 Kaskie: Probably the most revealing interview I had was with an older adult who identified himself as a Marine veteran. He was a sergeant in Vietnam, used to bust people for using drugs all the time. He had a very negative attitude towards it. But as the tremors associated with MS most persisted, he couldn’t hold a cup of coffee anymore. And this was becoming not only a quality of life issue, but a functional issue. And he was down to his last straw and somebody said, well, wanted to try cannabis. And as he’s telling me this in his interview, he’s all in a cup of coffee. And I just said “What’s that about?” And he goes “That’s the cannabis”. And so you see something like that and then you start to think a little. Yeah. Again, if we’re scientists, if we’re truly here to advance knowledge, you have to remain open.

Michael: Medical marijuana does not have a scientific consensus. However, it is becoming more relevant medically, culturally, and legally. But there are questions that are yet to be answered, questions like, is my insurance provider allowed to increase my rates if I allow my employees to legally use marijuana? Does medical marijuana make someone an A.D.A. protected class? Illinois is legal now, but how should that affect my workplace policy?

Allison: It can impact insurance and a lot of different ways.

Michael: When speaking about employers.

Allison: It could increase their rates. They could be denied coverage altogether. We don’t yet know what the fallout is going to be for that, but they have a lot more rights and limitations to limit what is provided because the statutes that would otherwise govern those types of relationships don’t exist yet.

Jeffery: So many states have medical marijuana programs, and it really varies on the state on whether or not that’s going to make them sort of a protected class, if you will. Because it’s still federally illegal, there have been some court cases that have said, yes, if you outright prohibit marijuana and someone has a medical marijuana card for our state program, that’s going to be discriminatory. The employer has to look at, are they in a safety sensitive position. The other caveat, is if you’re an employers who does business with the federal government and has contracts with the federal government it’s still federally illegal so generally speaking you’d be well within your rights to test for that.

Kaskie: Most lawyers not only advise their clients in this matter to be risk averse, most companies and lawyers will be risk intolerant which means they’ll say things. Well, you don’t want to be the first company to get in a case over this. So they default to a more conservative position and they’ll say we’re just not going to let people with cannabis program participation qualification work for us because the workplace drug policy comes first. They see that as subordinated because it’s federal.

Matthew: There’s a rush to get the law passed. This has not been vetted. And that’s one of the problems with the way this is come. You know, all of a sudden, you, Illinois, it’s legal, OK? There’s a lot of other things that this affects. And we’re going to find that out because they haven’t done the homework. The legislature has not done the homework to basically address those issues.

Michael: When beginning to think about a new workplace drug policy, every company should be contacting their lawyers and asking questions about what their new policy should be. Know state laws by either asking lawyers about them or searching your state legislature’s database online. Other sites like the NSC.org are helpful to research more about marijuana’s effects. The more time put into research about the law or the drug, the higher quality of policy. A topic covered in our next episode of Workplace Matters. On marijuana policy.

Michael: Workplace Matters is supported by the National Institute for Occupational Safety and Health. To listen to more podcasts for your ongoing video series. Or for more information about us, visit Healthier Workforce Center dot org. Thank you.