Home » Pilot Grants » Exploring How to Impact the Health and Safety of New Correction Officers: A Study of Rural and Urban Jails

Exploring How to Impact the Health and Safety of New Correction Officers: A Study of Rural and Urban Jails

Corrections officers face a number of safety and health challenges in both jail and prison settings. With pilot funding from the Healthier Workforce Center of the Midwest, Dr. Lisa Jaegers (Assistant Professor of Occupational Science & Occupational Therapy at St. Louis University) tracked newly hired corrections officers’ mental and physical health trends in order to determine appropriate ways to mitigate safety and health risks. Dr. Jaegers and her team recruited 280 newly hired corrections officers from urban jails and another 48 from rural jails. Results from baseline surveys suggested that corrections officers were less physically healthy than the general population, with nearly half of participants reporting missed work days in the past month because of a medical issue and nearly one-third reporting use of medication to control high blood pressure. Musculoskeletal pain was also common, particularly of the back, shoulder, and lower limbs. Participants also frequently reported feelings of depression at least 1-2 days during the previous week and being bothered by repeated, disturbing memories in the past month. Job dissatisfaction was common (>40%). Dr. Jaegers and her team then engaged with employee teams at each jail to identify potential workplace interventions. Potential areas of interventions suggested by the teams included (i) workplace culture and communication, (ii) training and safety, (iii) health, and (iv) community. Teams from urban jails believed that job stress and satisfaction could be reduced through increased respect and appreciation among co-workers and with management, while teams from rural jails believed that job stress could be positively impacted through improved staffing to better manage overcrowding. Both urban and rural teams expressed concerns with the limited availability of breaks during the workday, inconsistent practices between work shifts, and a need for more safety and health training. Results from the project have been presented at the American Occupational Therapy Annual Conference and the American Public Health Association Annual Meeting. 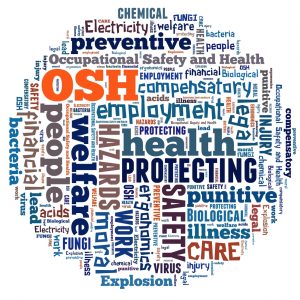